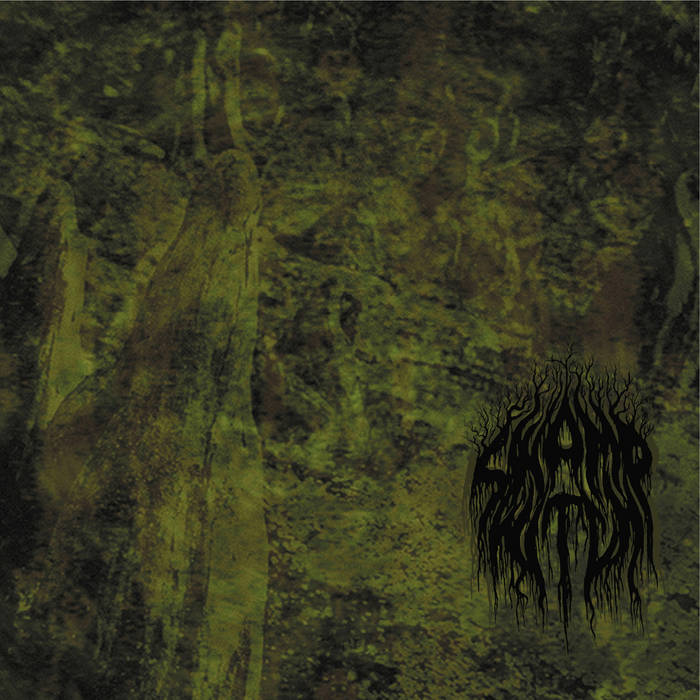 Steffkrieg the Great Probably the sludgyist slab of auric madness I've heard in a while. Damn. Favorite track: Gnosis.

Morts A band with one of the more indicative names of the sound they produce - slow, murky and enrapturing (not to mention evil)! Favorite track: Novem.

Swamp Witch; the culmination of psychedelic substances, occult practices, and band members interest in dark, strange, and trippy music originally devised with the sole intent to commit and record ritualistic extremities through heavy music only for the night of 9/9/09. In the aftermath, members found themselves pressed to continue the slow-burning drudgery sparked that September ninth into the months that followed, leading to shows, recordings, band members towing themselves out of the smog from Central Valley, CA into Oakland (and Arcata, respectively) and finally, the vinyl release that recollects the original material of that night of the ninth; "Gnosis".

The punishing, murky layers pertruding from this release drip with the trance ladden, drug induced efforts of 70's psychedelia compressed into the claustrophobic toil and painful repetition of 90's sludge. This concept of "Gnosis" actually seems more akin to H.P. Lovecraft's ideas of psychosis and derealization as the only thing the feeble human mind can experience when confronting truth (cosmicism), as opposed to gnosis in the classic, transcendental sense of the term. In other words, it's fucked up.

The original "Gnosis", recorded by Greg Wilkinson (Brainoil) at Earhammer Studios in Oakland, California would see a revised version just a few short months later at the same hand, and shortly thereafter, a pressing of 100 cassettes would be released in August of 2011 through Gay Scientist Recordings. Now, as part of the ANTI-MATTER RECORDS catalogue, SWAMP WITCH's debut recording is ready for its next incarnation... the vinyl format. The entire package is housed in a tip-on style, single sleeve jacket printed from Stoughton Printing Company, black dust sleeves, a two button set that’s housed in a black zip lock bag, and a download card printed on 32 lb. metallic paper to redeem the entire recording which also includes the "Chopped & Doomed" remix version courtesy of DJ Dreemz as an added bonus. Artwork and layout was execute by Jacob R., with collaborative help from photographer Megan Brim and Steven Wilson (Black Uroborus Illustrations).

This release is catalogue number AM-02.
OUT OF PRINT.